The action and effect of changing is known as change (from the Latin cambium). In many cases, it is used as a synonym for replacement, exchange or substitution. The verb change, for its part, refers to leaving one thing or situation to take another.

When someone receives a garment as a gift, it is very common for them to want to change it for another, either because of a matter of taste or because the size is not appropriate for their body. In this sense, when buying clothes, the store usually asks if changes and returns are accepted, since in some cases the person receiving the product does not find anything to their liking and decides to keep the money.

Sometimes the need or desire is felt to replace an appliance or a car, among other belongings, with a more modern one or one that meets certain very particular characteristics, and in this context the verb change is also used. An expression that usually goes hand in hand with this action is “it’s time for”; For example, when an old refrigerator starts to break down and you notice that it won’t work for much longer, you can say “it’s time to change it.”

At the level of feelings, human beings usually go through stages of change or transition, especially when we reach a point in our lives where we feel that we cannot continue moving forward. These crises, very necessary for the intellectual development of all people, are generally related to vocation and love; Enduring years of unwanted work and abusive conditions, which generates a sense of oppression and imprisonment, can lead an individual to rethink their decisions, much as a relationship in which there is no love and understanding for the other can spark a change.

When the climate of a region or the planet is modified, taking into account the known antecedents, we speak of climate change. This phenomenon can take place due to questions of nature, or by the actions of man; It can be reflected in changes in atmospheric pressure, temperature, rainfall, or any other meteorological parameter, and the transition time between the two states is absolutely variable. It is very common that this concept is used when talking about global warming, which is imprecise.

On the other hand, the notion of exchange is associated with money. The change is the relative value of the currencies of different countries: “The exchange rate rose to 3.78 pesos”, “The exchange between the euro and the dollar no longer favors us”, “I advise you to go to an exchange house more than a bank ”.

According to DigoPaul, this term is also used to refer to the fractional money of higher value bills; that is, the exchange of a fifty-peso bill is made up of five ten-peso bills, ten five-peso bills, three ten bills and one twenty, etc. In this sense, merchants must always have change to be able to deliver the change (also called “the return”) to their buyers. If a person purchases a product that costs forty pesos and pays with a fifty-dollar bill, the merchant must have the necessary change to return the remaining ten pesos.

Finally, the notion of change refers to the variation of speeds in an automobile or, figuratively speaking, the rhythm of life; You can say that a car has an automatic gearbox and you can also ask a person to “lower a gear”, that is, to calm down, alluding to their state of nervousness or stress. 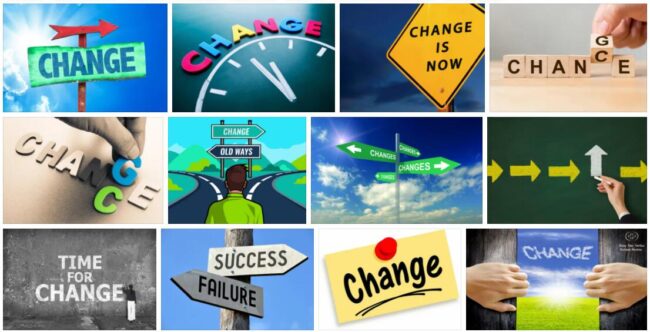