Under acute respiratory distress syndrome , the doctors understand acute lung failure of the patient. This sudden shortness of breath is also known under the abbreviation ARDS. The disease must have an identifiable and noncardiac cause.

What is Acute Respiratory Distress Syndrome?

This so-called shock lung is caused by inflammation of the lung tissue, which can be caused by various factors. The consequences of not timely treatment can be: shock , unconsciousness up to organ failure and heart failure .

Acute lung failure, the so-called shock lung, describes sudden shortness of breath caused by damage to the lungs . The affected person gets very poor air, which increases the carbon dioxide level in the blood and decreases the oxygen level. The possible consequences of untimely treatment include: loss of consciousness, shock, or even failure of organs and the heart.

Acute Respiratory Distress Syndrome is caused by inflammation of the lung tissue, which can be caused by various factors. The previous illnesses can be quite different, for example pneumonia , injuries, poisoning . The main causes include inhaling harmful substances such as smoke or sucking in various substances such as gastric fluids.

Indirect effects such as coagulation disorders or injuries can lead to Acute Respiratory Distress Syndrome. This results in pulmonary edema, because the blood vessels become more permeable within the alveoli. This leads to a pressure drop in some vascular areas of the lung tissue. At the same time there is an increase in pressure in other parts. In addition, proteins leak out, which significantly reduces the oxygen supply to the blood and increases the carbon dioxide content.

Acute Respiratory Distress Syndrome, in most cases, develops about 24 to 48 hours after the original injury or illness occurs. The person concerned initially experiences shortness of breath , which is usually accompanied by rapid, shallow breathing. The doctor may hear crackling or wheezing in the lungs with a stethoscope.

The skin may appear blotchy or blue ( cyanosis ) due to the low levels of oxygen in the blood . Other organs, such as the heart and brain, can malfunction, such as a fast heart rate , irregular heartbeat , confusion, and lethargy .

Acute Respiratory Distress Syndrome usually begins with the following symptoms: Due to the damage to the lung tissue, the patient initially feels difficult breathing . He begins to breathe faster so that he can counter this. This leads to hyperventilating .

The lips and fingernails can turn blue after a while. Doctors differentiate between three phases:

Most of the lung tissue has stopped working due to the inflammation. Depending on the extent, the low oxygen content can have various consequences, which can range from unconsciousness, shock and organ failure to heart failure. The doctor usually makes the diagnosis of ARDS in relation to the previous illness.

When listening to the lungs, the first signs become apparent, as a rattle noise is perceived. A subsequent x-ray examination can provide a more accurate diagnosis. This shows possible deposits in the alveoli, which can be a clear indication of an incipient shock lung.

The adult acute respiratory distress syndrome, often referred to as shock lung, is associated with an extreme inflammatory reaction of the lungs and lung tissue. This causes a pathological chain of reactions that leads to a number of complications.

Initially, pulmonary edema often forms due to the lung damage caused by inflammation. The cause is the increase in the permeability of the capillaries. This inflammatory response also leads to the immigration of certain white blood cells, which release lytic enzymes and oxygen radicals, thus increasing the original inflammation.

If the patient is not or not successfully treated, these inflammatory mediators cause the next stage to further increase the permeability of the capillaries. This often results in alveolar edema, i.e. an edema affecting the alveoli. In the next stage, the surfactant, a kind of protective substance on the alveoli, is destroyed.

This leads to further serious complications. As a rule, atelectasis, i.e. a lack of ventilation in the lungs or in individual parts of the lungs, is the consequence. As a result, the oxygenation of the blood and thus the oxygen supply to the brain and other organs is extremely deteriorated.

At this stage, respiratory distress syndrome is usually fatal. If the patient survives, there are usually further complications in the healing process. Often the body can only replace the destroyed lung tissue with connective tissue. The oxygen supply to the body is permanently reduced.

When should you go to the doctor?

In the case of an acute “respiratory distress” syndrome, i.e. acute shortness of breath due to the onset of lung failure, an immediate visit to the doctor or the immediate calling of the emergency doctor is essential. It is a relatively sudden onset of lung failure that requires immediate treatment. The so-called shock lung can lead to death within a short time if left untreated.

Acute Respiratory Distress Syndrome is a dramatic emergency. The affected person will probably quickly pass out due to the sudden onset of shortness of breath. Without medical help, the patient will not be able to survive this emergency.

On the one hand, the person affected must be ventilated immediately so that the carbon dioxide content in the blood drops. On the other hand, the cause of the acute respiratory distress syndrome must be determined as quickly as possible. This can best be done in a clinic, where the person concerned is given all the medical help he needs.

The attending physician may be aware of previous illnesses that could be the trigger. Otherwise, it is important for the anamnesis to have statements from those present who know what happened in the 24-48 hours before the onset of dyspnoea and lung failure. Acting quickly is particularly important in Acute Respiratory Distress Syndrome so that the failing lungs are not damaged worse. Delays are expected to result in complications.

The therapy of Acute Respiratory Distress Syndrome is intensive medical. Within a few hours, the disease can lead to respiratory decompensation with the need for ventilation. Decompensation occurs when a body can no longer compensate for the defects caused by a disease. First and foremost, it is important to treat the triggering cause and to use mechanical ventilation at an early stage.

When ventilating the patient, there is often only a small pressure amplitude available in order to shift the tidal volume. Hypercapnia can occur as a result. This must be tolerated in individual cases. However, patients with increased intracranial pressure are an absolute contraindication. The therapeutic options for avoiding hypercapnia include high-frequency oscillation and extracorporeal lung support with a heart-lung machine.

Due to the increased risk of thrombosis during immobilization, low-dose heparinization should be carried out at the same time. If possible, the patient is fed enterally via a central venous catheter or a nasogastric tube. Often both forms of nutrition have to be used. The therapy requires an intensive medical effort. In the late course of healing, the administration of glucocorticoids can reduce pulmonary fibrosis .

Acute Respiratory Distress Syndrome is a very serious and dangerous condition for the patient and usually leads to death without treatment. This leads to severe breathing difficulties, which are often accompanied by a panic attack . Furthermore, direct lung failure can occur without treatment. As a result, organs are not supplied with enough oxygen and can be damaged. In the worst case, cardiac arrest occurs . Most patients also have hyperventilation and continued loss of consciousness due to Acute Respiratory Distress Syndrome.

The further course of the disease depends very much on the cause of Acute Respiratory Distress Syndrome and its treatment. Acute treatment by the emergency doctor can alleviate most of the symptoms and save the patient. Without treatment, the patient dies after a few minutes. If the air supply has been interrupted for a few minutes, various types of damage to the organs may have developed. In some cases this leads to paralysis or spasticity .

The best way to prevent Acute Respiratory Distress Syndrome is to intensively treat the underlying disease that can lead to acute lung failure. This is absolutely necessary so that it does not lead to breathing disorders. If lung failure does occur, it is important that it is recognized in good time to prevent serious consequences.

It is therefore very important that the doctor consider shock lung at the first signs of shortness of breath for which there is no explanation. The shock lung is acute, life-threatening damage to the lungs. Therefore, in the event of unusual symptoms, a doctor should always be consulted who will determine the causes of the complaints.

Acute lung failure is always a life-threatening condition. Due to the drama of the events, patients with acute respiratory distress syndrome rarely experience the need for medical follow-up care. A large number of those affected die as a result of multiple organ failure . A systemic inflammatory process – a Systemic Inflammatory Response Syndrome or SIRS – is often present at the same time.

Acute Respiratory Distress Syndrome can have three degrees of severity. These are treated with different levels of intensity. The causes of ALRS are numerous. Accordingly, different follow-up measures may be required for mild acute respiratory distress syndromes than for moderate ones. In severe cases with advanced sepsis, severe burn injuries or traumatic brain injury , death is almost always inevitable.

In some cases, even an advanced acute respiratory distress syndrome can be survived by the organism’s self-healing mechanisms. However, despite all intensive medical interventions, the survivors usually suffer from severe lung damage. These require permanent follow-up care. After surviving acute respiratory distress syndrome, those affected often require ventilation. You are significantly more prone to pneumonia, pulmonary fibrosis or blood poisoning.

The death rate is between 55 and 70 percent. Permanently bedridden ARDS patients are little protected against the development of thromboses and embolisms. Follow-up care must take into account the high degree of risk to those affected.

You can do that yourself

People suffering from acute respiratory distress syndrome must be treated immediately by an emergency doctor . Until the rescue service arrives , the person affected must be placed on the prone position and calmed down. Resuscitation measures such as mouth-to-mouth resuscitation or the use of a defibrillator should be used if breathing or cardiac arrest occurs .

Acute Respiratory Distress Syndrome is a serious syndrome that requires medical treatment in any case. The affected person has to spend some time in the hospital after the emergency. If the outcome is positive, light physical activity can be resumed a few days to weeks after the procedure. At the same time, it is important to identify and remedy the causes of the medical emergency.

Since the acute respiratory distress syndrome is always the consequence of a protracted illness or a serious accident, treatment focuses on symptomatic therapy, since a causal treatment is usually no longer possible. The curative or palliative medical measures can be supported by general measures such as physiotherapy , a diet and discussions with a suitable therapist. 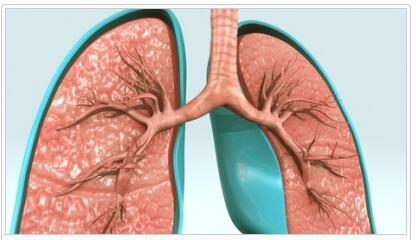